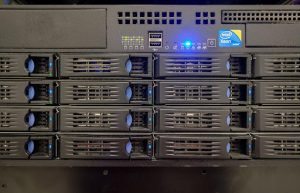 Cloud computing has drastically changed how companies and businesses handle their data and applications, and cloud services are becoming more popular.

‌Statista reports that the public cloud alone generated $130 billion from 2017 to 2020. Cloud native applications are a growing need for many — and they come with plenty of benefits, too.

What Are Cloud Native Applications?

Cloud native is an approach to building systems using cloud technology. The Cloud Native Computing Foundation defines cloud native technology as tools for companies to make scalable applications for modern-day dynamic environments. This means that the entire system is developed, tested, launched, and managed on the cloud.

‌Cloud native applications are engineered with the cloud in mind. In contrast, cloud-compatible apps aren’t specifically built for enterprise cloud systems, although they should be able to work on the cloud, too.

The cloud delivery model is a flexible, fast, and scalable method of delivering applications for companies. Adopting a cloud native strategy enables a company to maximize the benefits of cloud services. Since working with the cloud often involves the abstraction of some infrastructure layers, the developer only needs to focus on making the application and infrastructure code.

‌Cloud native also helps to make maximum use of a hybrid cloud architecture. If you’ve got resources spread across various enterprise cloud storage systems, a cloud native system would be able to connect with them faster and more efficiently.

There are plenty of advantages to using cloud native applications. Some of these are:

They’re built as independent microservices. Compared to a monolithic program that would be difficult to manage, improvements on a cloud native application are easily implemented using agile programming processes and DevOps.

Upgrades Can Be Done Incrementally

Since cloud native applications are made up of independent microservices, they can each be improved without having to take down the whole system. As new technologies become available, they can easily be integrated into the system without major restructuring of the application.

Since cloud-native apps also support DevOps and agile processes, they can be developed and released faster than locally-developed systems.

‌Automation of the building, testing, and deployment process means that your company can deliver value to its clients faster than ever before.

How Would You Design a Cloud Native App?

To develop cloud native applications, you have to work with cloud architecture principles. Some of these include:

A microservice is a small, independent service that performs a particular process. These can be deployed and modified without affecting other parts of the application.

A container offers the application deployment and execution environment. They are bundles of your system’s code together with all backing services needed to execute the application.

‌Containers can typically be run in any cloud server infrastructure because they are separated from their environment and other containers.

‌Though they are often compared to virtual machines, containers are more suited to cloud computing. They are lighter and cost less to create and destroy and are hence the perfect vehicle for running microservices.

Security is paramount for all enterprise cloud solutions. As more and more breaches are reported on the news, cloud security is a constant concern for all businesses. You need to check for vulnerabilities often and repair them as soon as they are noted.

‌You’d also need to keep a close eye on cloud data management and ensure that your team has enough skills to handle complex cloud security.

Build Your Next Cloud Native Application With Global IP Networks

Building and deploying a cloud native application isn’t as easy as it seems. However, you can leverage Global IP Networks’ enterprise cloud services to get the right solution for you.

‌We’ve got all the right cloud storage tools and systems you need to launch your application with ease. We invite you to talk to our experts today.

How can we help you?​

We don’t take compliance lightly to earn your business. Our auditors declare compliance, not ourselves. Global IP Networks is audited and declared to meet or exceed SSAE 16 SOC-2 Type II, PCI and HIPAA standards by third party firms.